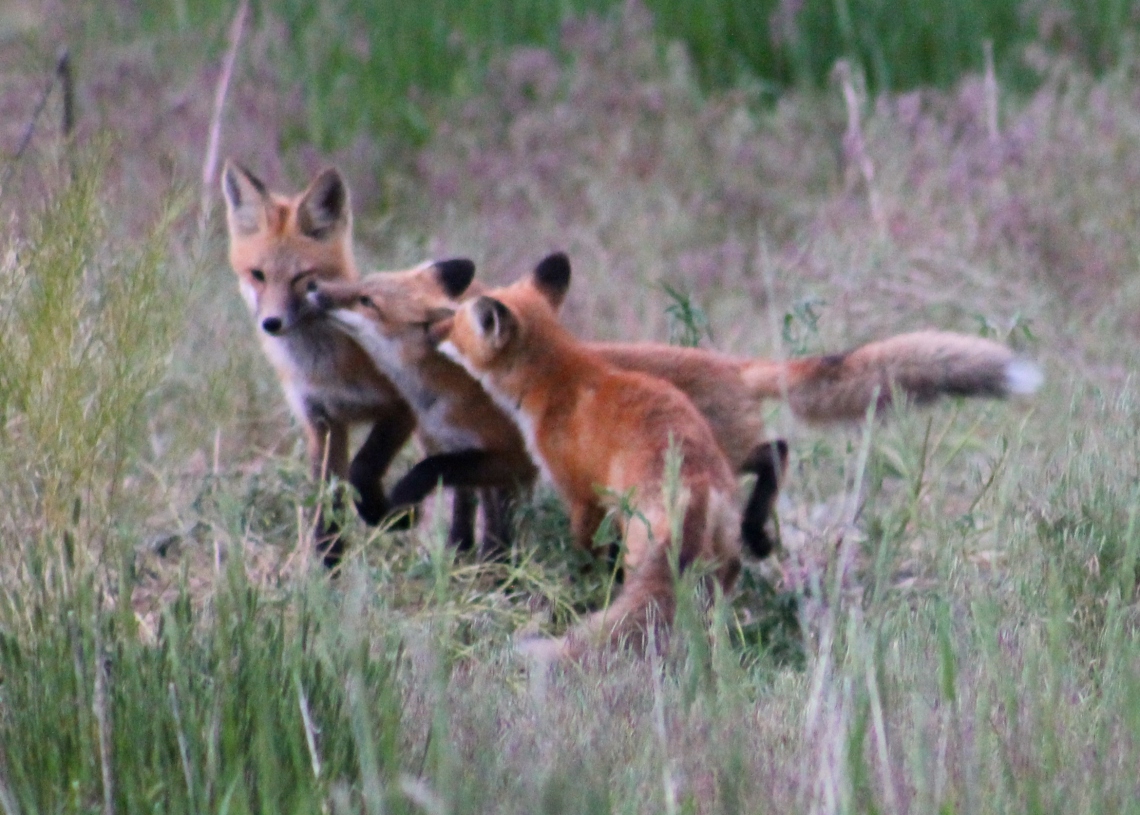 We have some Thunder Storms forecast for this evening and I think it has the fox kits holed up for the most part today.

I checked in on them several times in the afternoon/evening but only saw a few out at a time.

Mostly they were curled up taking a nap outside their dens.

But occasionally they would play together.

When they’re not rough housing though, there’s lots of nuzzling going on and they like to curl up right next to each other.

They definitely know I’m watching them, and I think they’re as curious about me as I am about them! 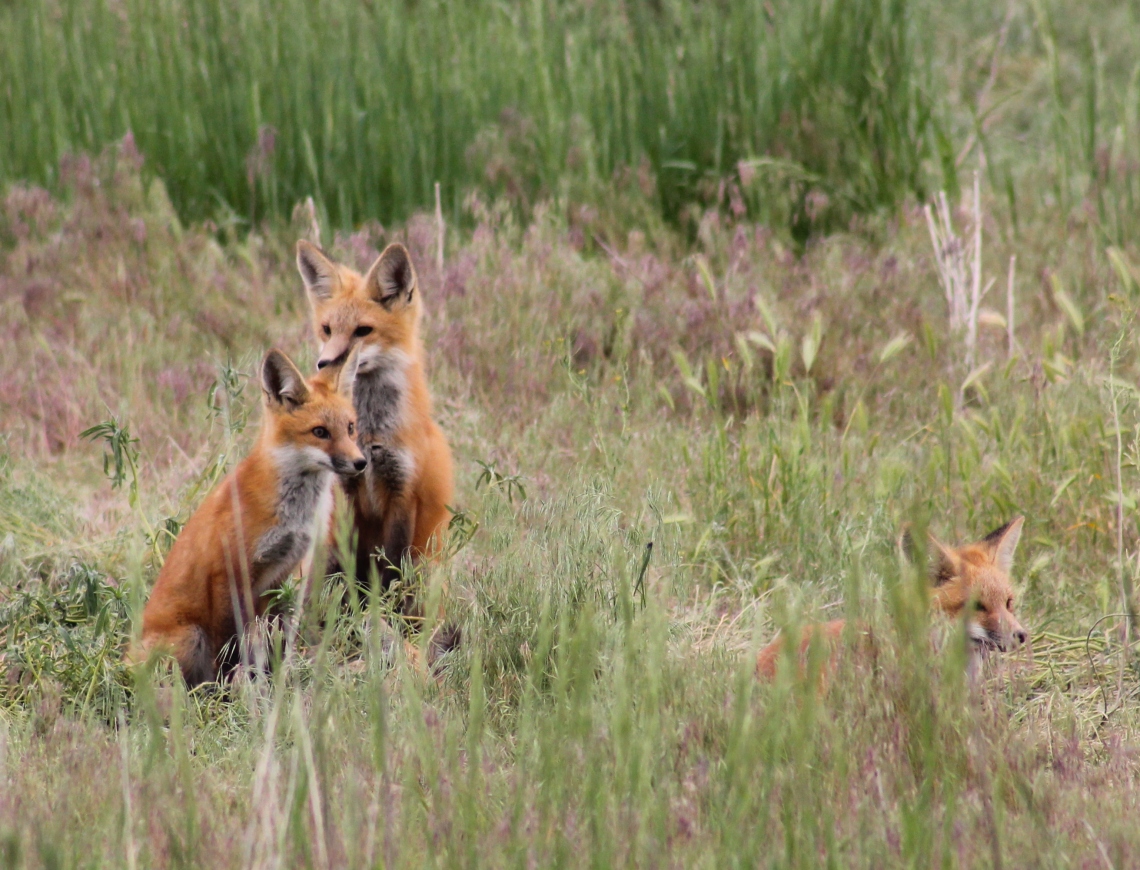 View all posts by thefamilyofmakers